16 September, 5pm. Location: SAMH YouthReach. A strange creature is prowling around a magical Dream Machine. It is searching for the key to unlocking the mysteries of the land of Nagajala – specifically, the key to ending discrimination and subjugation of humans to non-human creatures in the land. Prior to this, Rubie, a human girl from Singapore, had accidentally fallen into Nagajala, only to be captured by the merciless King Drago. While fighting to be freed, she inspires and encourages some of creatures to make a change and find a way to put an end to the discrimination that plagues Nagajala.
October 9, 2020
by Akanksha Raja

This scene is part of the play Still Human, a production created as a collaboration between SDEA and Singapore Association for Mental Health (SAMH). During this particular rehearsal, the Dream Machine is formed by the bodies of 8 or 9 people. 4 participants from SAMH are accompanied by 4 co-actors and crew members [Kiyo, Azzam, Cheong, Nuo, Clement, Shien, Auderia, Joeve (certain pseudonyms are used for annoymity)] - and, just for this rehearsal session, me. It’s the first rehearsal that I’ve attended, and it’s the first time the team (guided by director Shalyn Yong) is rehearsing the Dream Machine scene of the story. 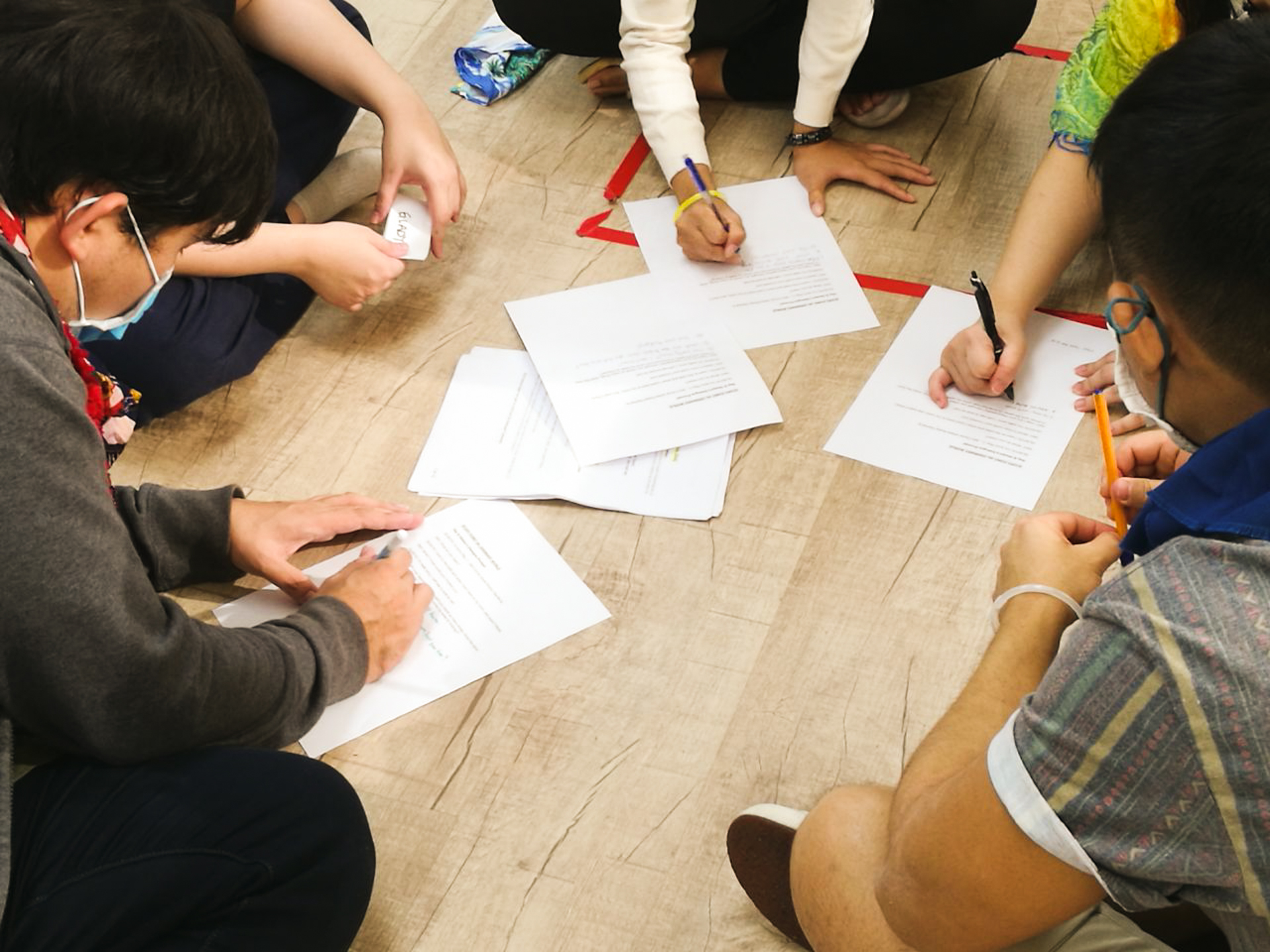 One of the first things that occur to me – as someone entering the production process for the first time when it is already in its seventh rehearsal – is that Shalyn doesn’t “lead” the process, in the sense that a typical theatre director would straightforwardly tell the performers where to move or how to imagine the setting and props. Instead, all the scenes to be rehearsed are devised through a dynamic, flexible and imaginative process of co-creation between all the members of cast and crew. It may be a slower process than that of typical theatre productions, but this is a seamless example of process drama in action, where participants, who usually do not have experience in theatre, get to encounter and engage with the performance process on their own terms, using their imagination and skills, rather than to have someone dictate to them exactly how to perform. There are no wrong answers, only ideas to be expanded upon and integrated together – for example, the shape and appearance of the Dream Machine was created by pooling the participants’ collective ideas together. This way, everyone feels like they play an equal part in making something together and learning from each other. 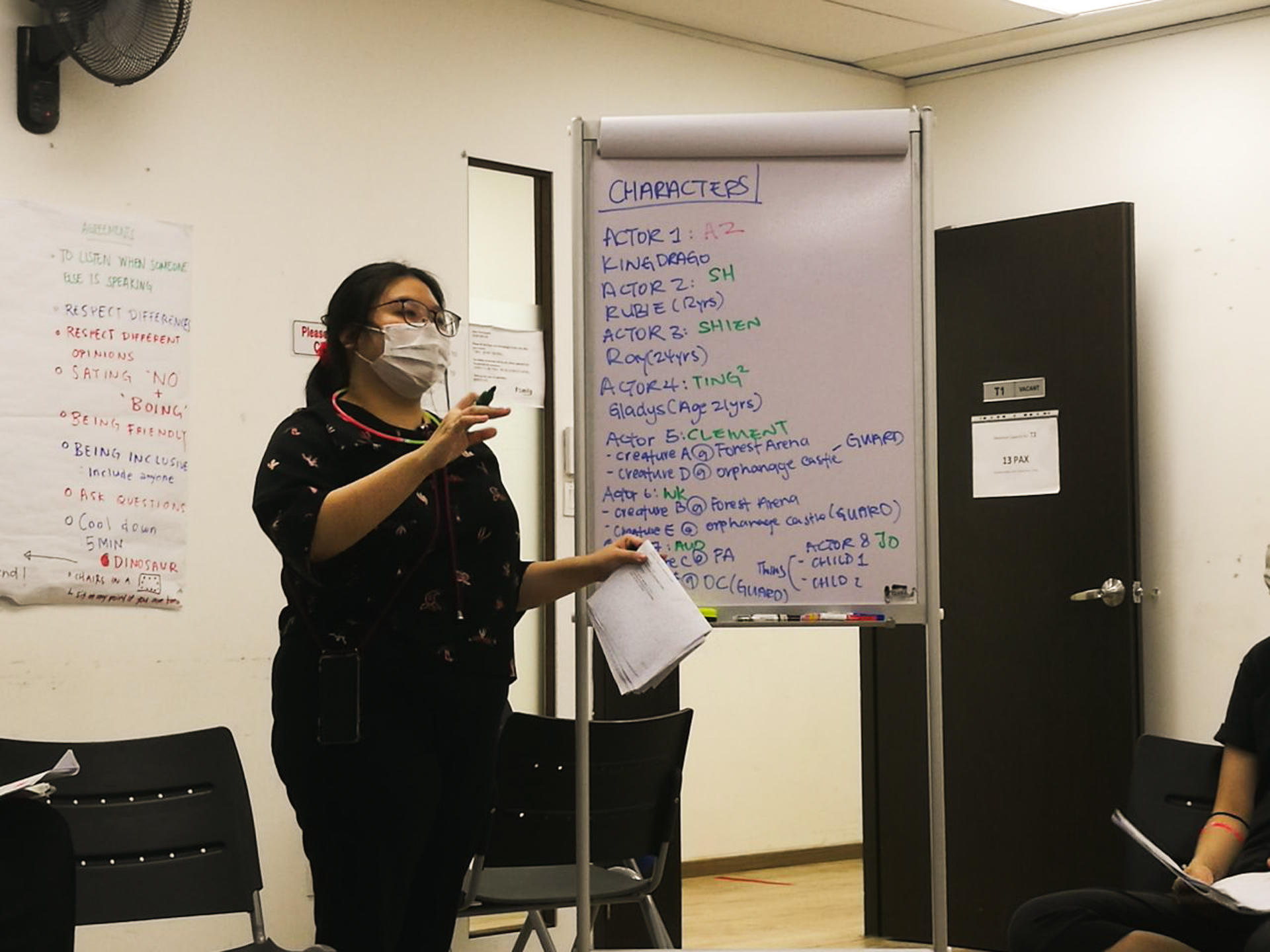 This isn’t the first collaboration between SDEA and SAMH.

Shalyn and current dramaturg Chia Wei previously worked on Stigma (2016) as part of Celebrate Drama 2016, which more directly explored the experiences and challenges of individuals who deal with mental health issues. One of the differences between Stigma and Still Human is in form: Stigma was comprised of confessional monologues inspired by real-life experiences. On the other hand, Still Human is entirely fictional, almost like a fairytale in that it whisks its Singaporean protagonists away into a magical world of strange creatures who can fly and breathe water. But that doesn’t mean it doesn’t tackle serious and relevant themes – the story manifests the very real problem of discrimination and stigma that affects many societies including ours. 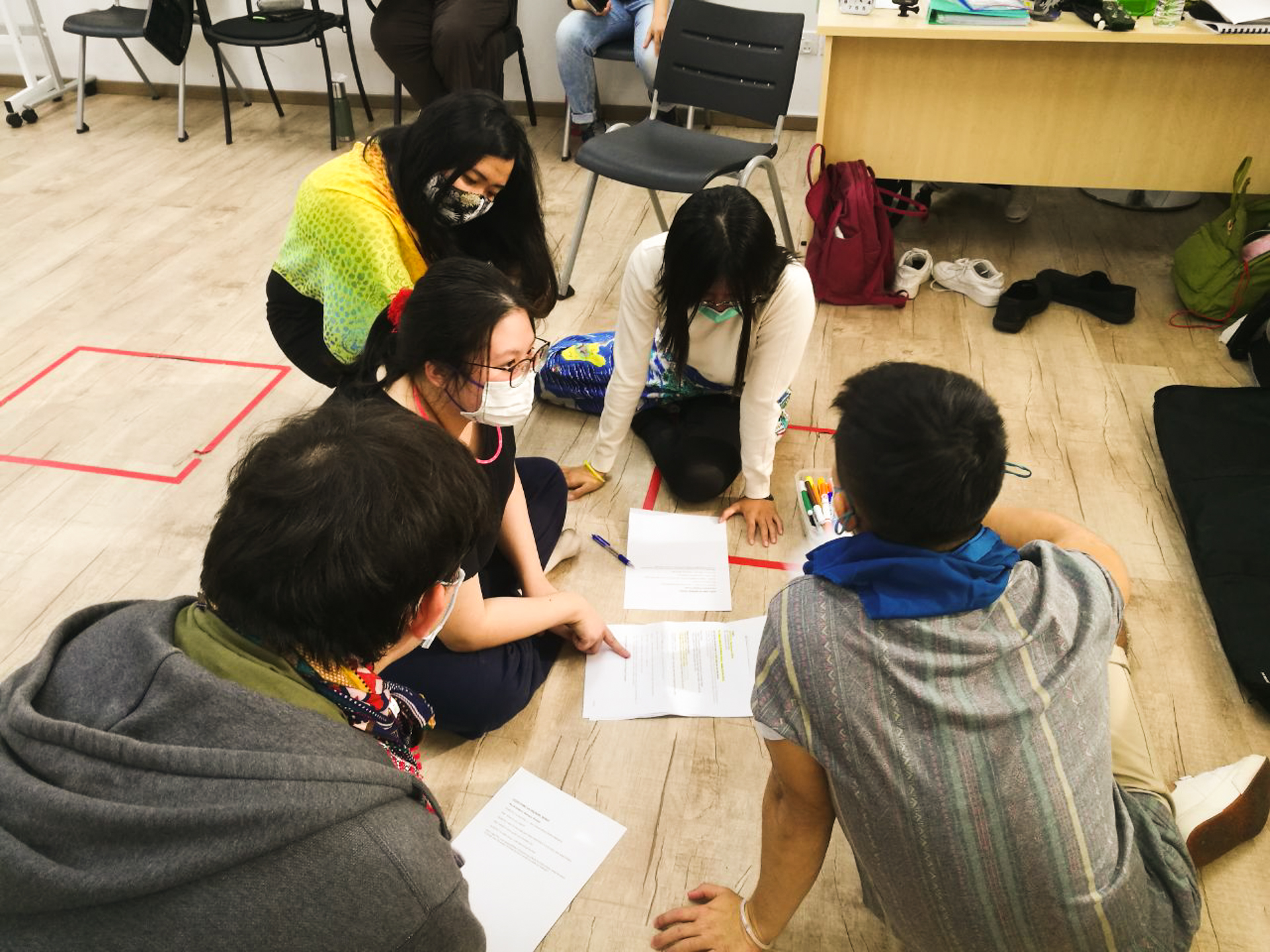 The flow of each rehearsal starts with a round of introductions, to familiarise all participants with each other and any new rehearsal attendees, followed by an energy warm-up session, where we throw a bouncing ball, ever-changing in size and sound and speed, between each other. This simple exercise builds up a sense of chemistry between all the participants and breaks the ice between us without the need for conversation. This process helped me as a documentation writer as well: rather than being someone who would sit at the corner and watch everyone like a scary, silent hawk taking notes, I became almost a fellow participant, which also helped us communicate with each other in a more casual and friendly manner and helped me immerse myself in the process.

This is also the part of the session in which people who have not attended rehearsal sessions before share the purpose of their visit, which helps the regular participants understand why strangers are in the shared space and to get to know their part in the overall production process. I did not do this type of introduction in the first session I attended; this practice began in the session on 19 September, after the team co-created a formal agreement for new people present in the space to follow. The agreement includes protocol such as asking for consent before physical contact, and entering only either at the beginning of the session or at breaktime, and not anywhere in the middle while the participants are rehearsing.

For a production dealing with mental health issues, the rehearsal process can give rise to vulnerable moments and sometimes uncomfortable situations, and so the rehearsal space is further shaped by other measures to ensure a safe and nurturing environment.

During one of the debriefing sessions with the crew, Shalyn stated, “We need to think of this space as sacred – as a space to be guarded.” This struck me – that this room at SAMH YouthReach is more than just a space to rehearse but one that is shaped with care and mindfulness.

One of the “guardians” of the space is the SAMH caseworkers, present at all times of every rehearsal. The caseworker knows the participants most intimately – more so than the rest of the crew – and may step in any time if any participant is uneasy or unsettled by something that has occurred in the production process. Participants then have the assurance that feeling uncomfortable at any time is okay – not a burden, shame or a disruption to the process – because this is a space in which such feelings will be respected and given space to be expressed at any time necessary.

Another practice to facilitate the rehearsal process is the use of glowsticks, costumes, and specific words, to indicate when participants are entering “story mode” and leaving it. After introductions and warm-up, participants wear the glowsticks to enter Nagajala to create the story, and remove them at breaktime. If we continue creating the story after breaktime, we wear them again until the end of the rehearsal. When cooling down at the end of a rehearsal session, Shalyn guides everyone in repeating, verbally and out loud, “I am not [the name of the character we rehearsed as], I am [real name].” As any artist would know, when making any kind of art, the process of constructing a fictional or imaginative world can be very intense and consuming, and the use of items and words can help to guide participants safely between the narrative world and the real one – bringing the end of each session not exhaustion and disorientation, but balance and security.